If you didn’t already know, February is Black History Month ✊🏽✊🏾✊🏿

Here at Dirty Boots and Messy Hair, we believe celebrating Black history is so important.

BLM movement aside, this is a really great time to recognize and educate ourselves on the contributions of African Americans to modern day America — and across the world. But in the context of BLM, it’s more important than ever.

Why is Black History Month 2021 so important?

2021 is a really good time to recognize and celebrate Black History Month — even if you never have before.

The many unprovoked and unlawful murders of Black people in recent years have highlighted how far we still have to go.

As a result, the Black Lives Matter Movement gained a widespread ressurgence in 2020 — and millions of people across the country took a stand against the racism and discrimination that Black Americans still face today.

We’re still living in the shockwaves of this struggle to make Black Voices heard. It’s not a trend. Which means that this year — Black History Month is more important and crucial than ever before.

Where it all began

It may feel like Black History Month hasn’t been around for that long — and maybe that’s because it’s become more widely celebrated in recent years.

But Black History Month’s origins actually date all the way to back 1915 — roughly half a century after slavery was abolished in the United States!

Harvard-trained historian Carter G. Woodson and minister Jesse E. Moorland wanted to find a way to further research and promote the achievements of Black people around the world.

In September 1915, they founded the Association for the Study of Negro Life and History. Then — in 1926 — the association sponsored a national Negro History week, which took place that February.

Well, the group chose this month to coincide with the birthdays of Abraham Lincoln and Frederick Douglass!

The event grew from strength to strength as the years went by. Schools and community groups across America began to host celebrations, performances, and found local history clubs. And the rest is history!

During the following decades, more and more cities across the country began to formally recognize the week. And events like the Civil Rights Movement raised its profile even further.

In the late 1960s — thanks to colleges across the country — the annual event slowly began to evolve into Black History Month.

The president called upon the country to celebrate and honor the accomplishments of Black Americans throughout the nation’s history.

So, what’s the theme for Black History Month 2021? After all, the month has had a theme every year since it was officially recognized.

Well, this year’s theme is: The Black Family: Representation, Identity, and Diversity.

The Black family has been stereotyped and vilified throughout history — from the very early days of slavery, right through to modern day America.

This makes it a great theme for exploring the complex experiences of African Americans, both past and present.

To find out more about this year’s theme, check out the following website: https://asalh.org/black-history-themes/

There are so many ways you can engage with and support Black History Month 2021. Which means it’s sometimes difficult to know where to start!

After all, Black history is complex. And the discrimination that Black Americans are faced with every single day can make this a hard topic to educate ourselves on.

But that’s what makes it even more important.

So, we’ve rounded up some of the best ways that you can show your support for Black History Month in 2021.

As long as we’re educating ourselves and others — and fighting to eliminate the racism and discrimination that is still present in today’s world — we’re doing Black History Month right.

Properly educating ourselves is the best way we can show our support during Black History Month.

This is a month that’s not just about the present day experiences of Black people living in America — but also everything that has come before.

We cannot fully comprehend all that Black Americans have overcome and achieved, without first educating ourselves on the complex history of America’s attitudes towards ethnic minorities.

So, how can we go about educating ourselves?

There are so many awesome resources out there — and loads of them are completely free!

We think the below resources are a great starting point:

✊🏾 Your Kickass Life podcast, episode 112: “On race, privilege, and what we can do” with Andrea Owen

✊🏿 Donating to victim funds, bail funds, and community-enrichment organizations is another great way to show your support during Black History Month 2021.

✊🏾 Donating is all about recognizing the real discrimination that Black people are still facing every single day — and actively trying to change it.

✊🏾 If you can spare some money to donate to these funds, this is a great way to make a real difference to the lives of black people in America today.

Donations to victim funds will directly support the families of those who have died at the hands of police brutality.

I Run With Maud

In Memory of Tony Mcdade

These donations will go towards releasing protestors who are currently imprisoned in states with bail systems.

Donations to these organizations will help programs supporting Black people in a variety of areas.

Buy From A Black Woman

Sometimes, we might find Black history difficult to talk about.

This could be because we feel like we don’t know enough about it. Or we feel uncomfortable discussing things that we haven’t experienced ourselves.

Or it might even be because some of the key events in Black history are quite uncomfortable and upsetting to talk about.

Chances are, if you feel like this — so do your friends and family.

Which is exactly why starting these conversations is so important.

Talking about Black history is not going to make us look stupid — even if we feel like we still have a lot to learn.

In fact, having conversations about these issues is one of the best ways to expand our knowledge and awareness of why Black History Month is so important.

As humans, everything we know has been taught to us by another person at some point in our lives.

So, what better way to build on our knowledge of the history and experiences of Black people in America, than by talking to each other?

One of the best ways to actively change things in the world is by using our own voice — and expressing it loudly and clearly.

Signing petitions is a fantastic way to do this. It’s a great starting point for fighting for real change in the world we live in.

The below petitions call for change — and demand justice for black people who have been wronged by the way our society still operates today.

There are so many more petitions you can sign — and other ways to show your support for Black History Month 2021 — but here at Dirty Boots and Messy Hair, we think these are a really great starting point.

Interested in learning more about how you can make a difference in the wedding photography community? Check out our blog post on How to Support the BIPOC Community as a White Photographer & How to Become a More Inclusive Photographer, and make sure to follow and support our non-exhaustive list of 9 incredible Black photographers you need to follow on Insta right now. Got more ideas on how we can better support the Black community? Send us a message, we’d love to hear from you! 6 Easy Ways to Blog as a Wedding Photographer 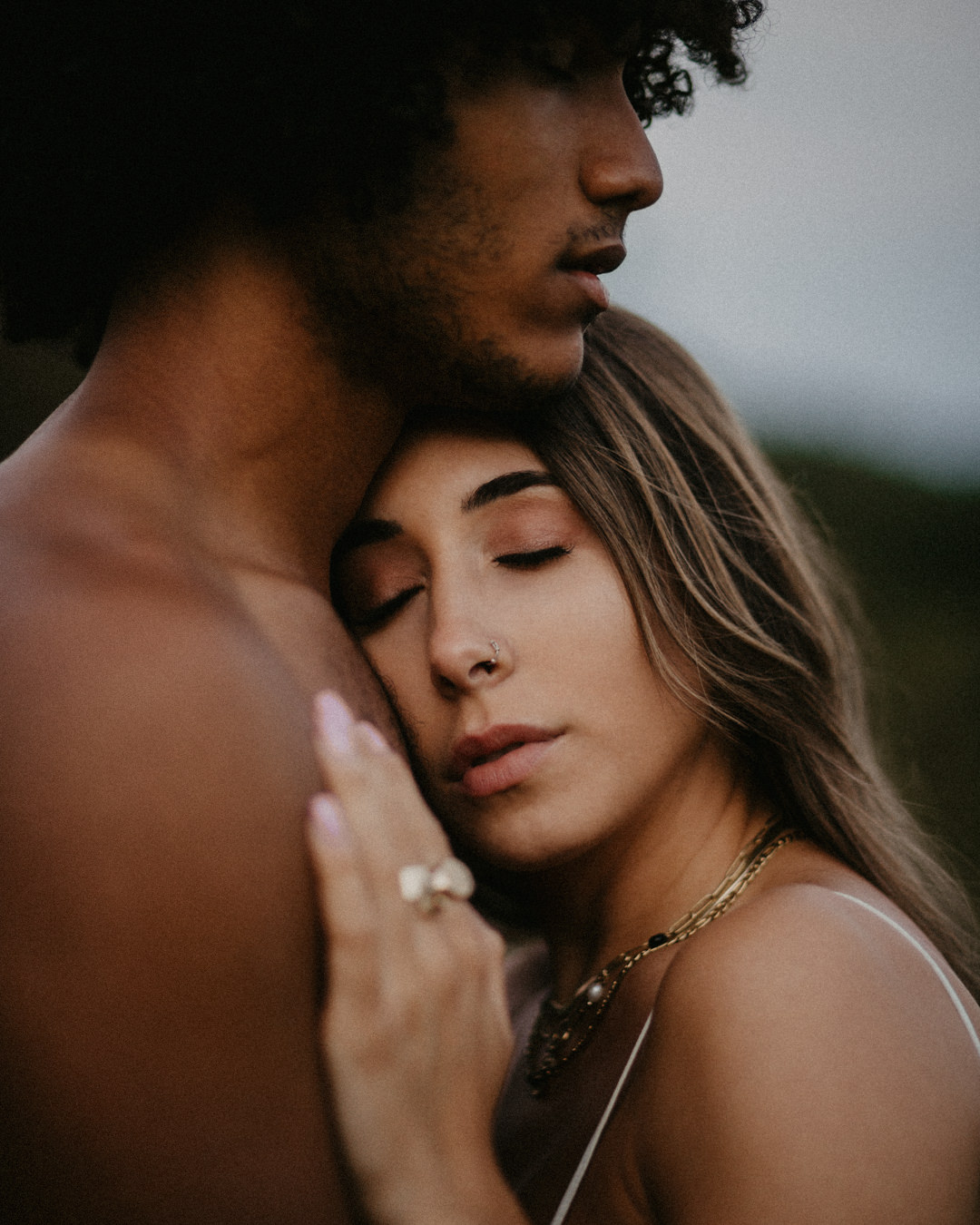 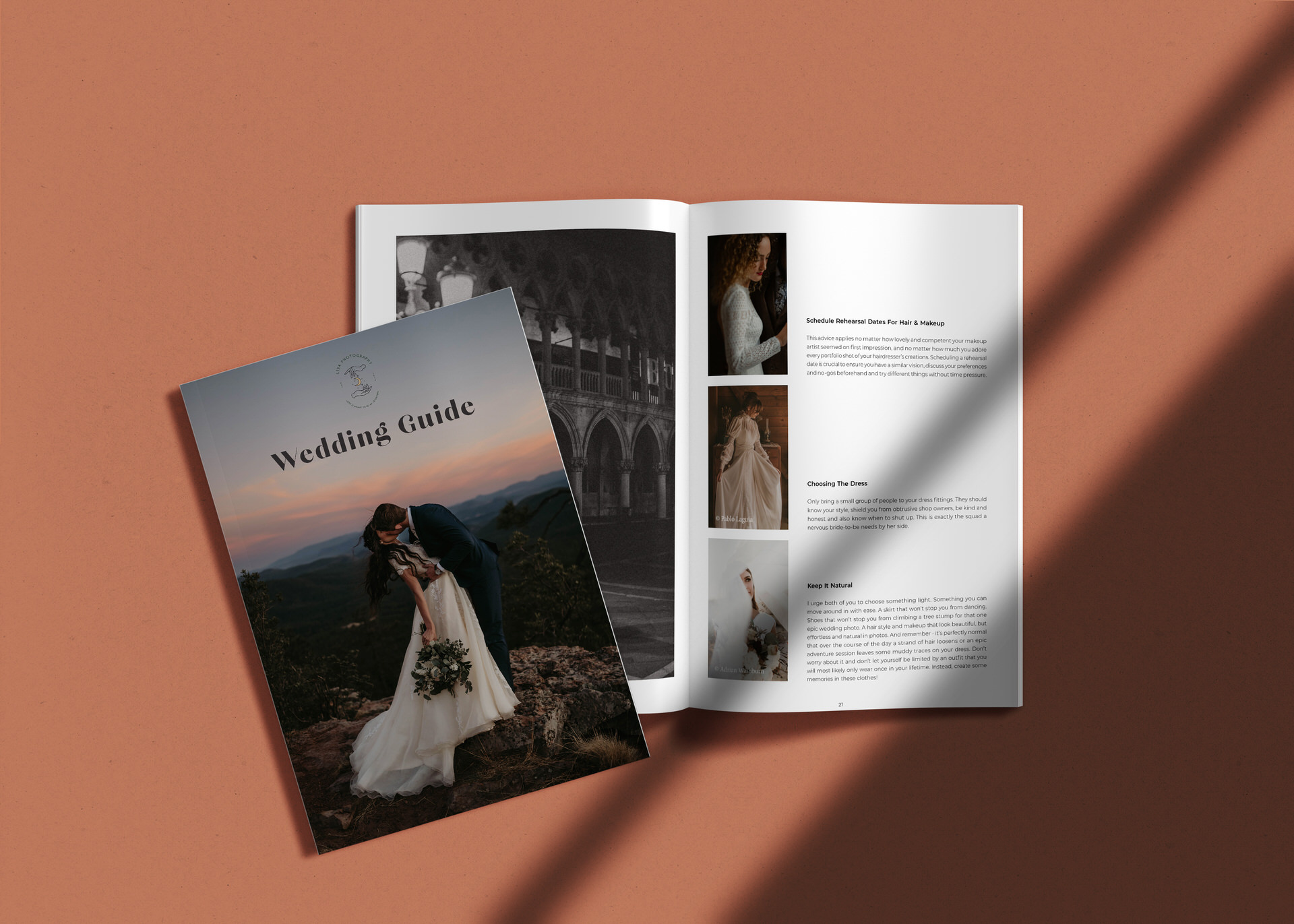 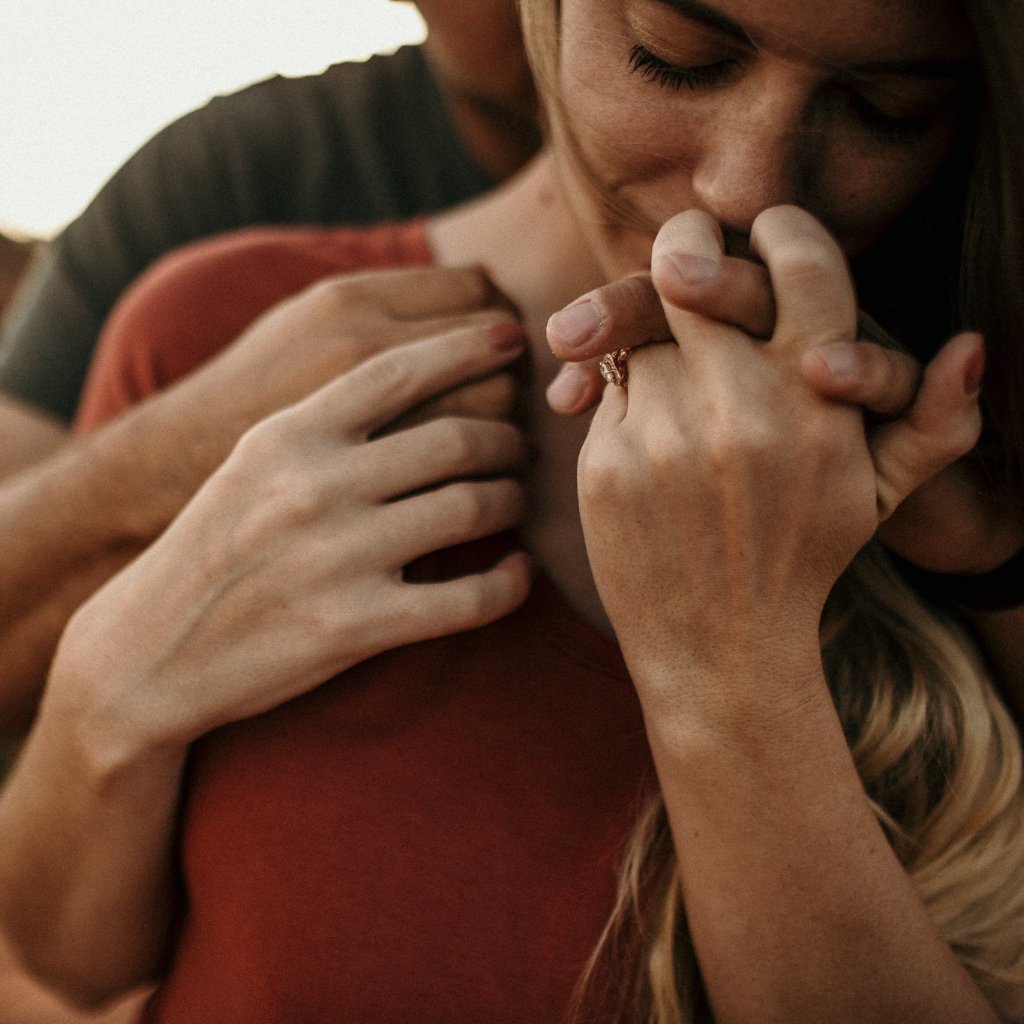 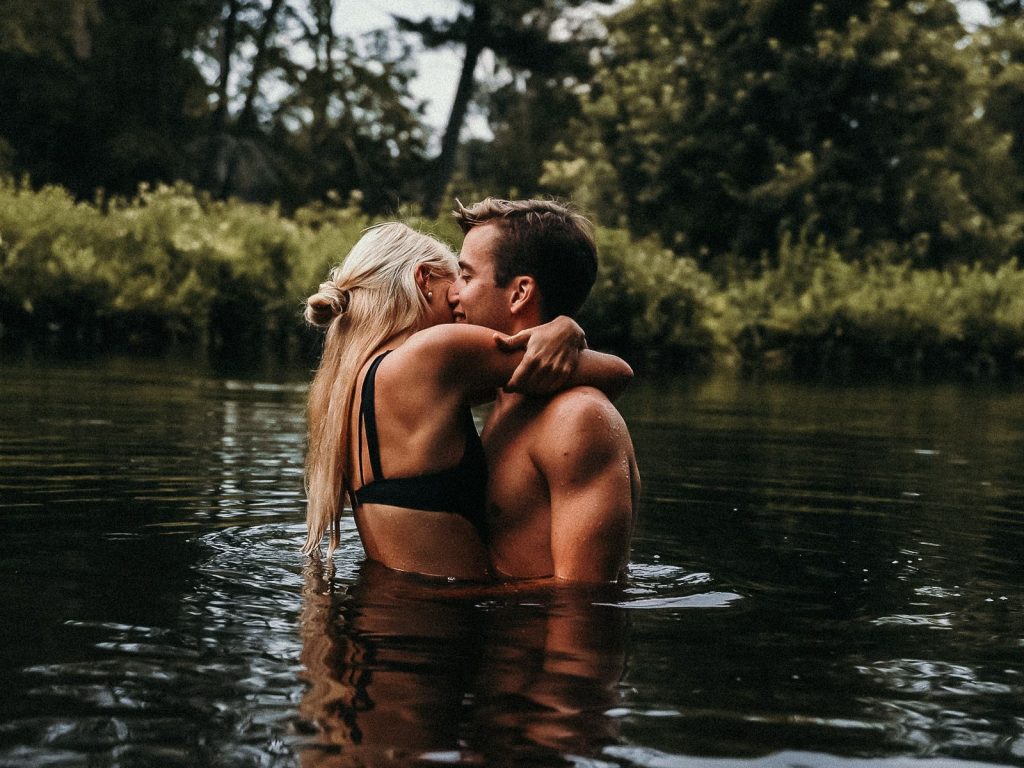 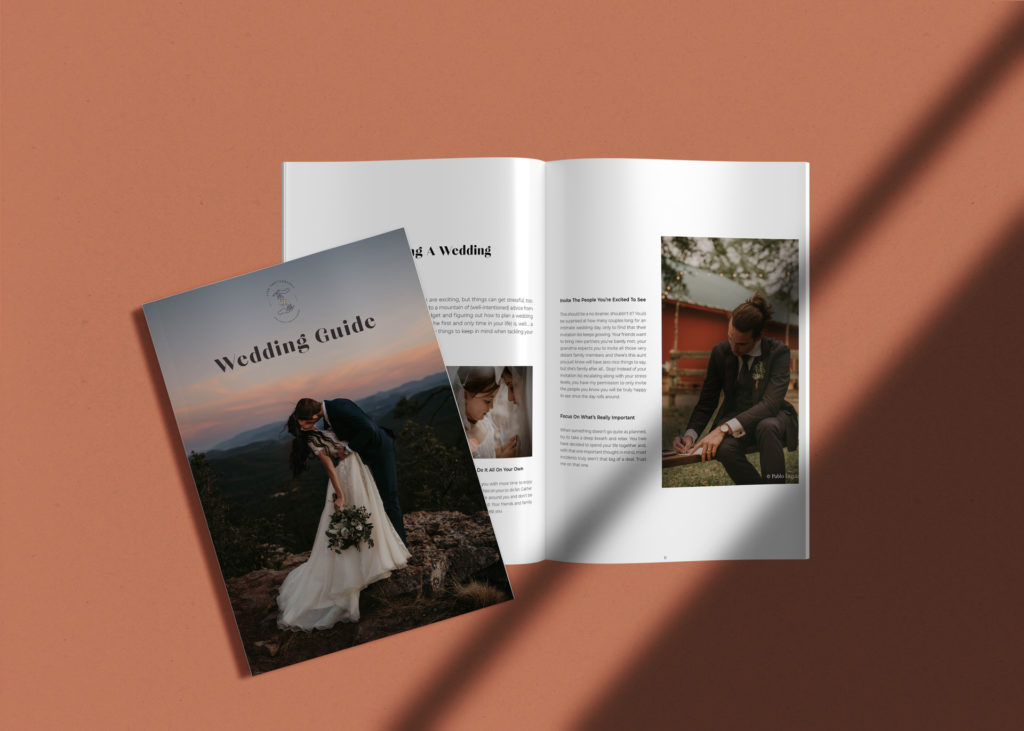 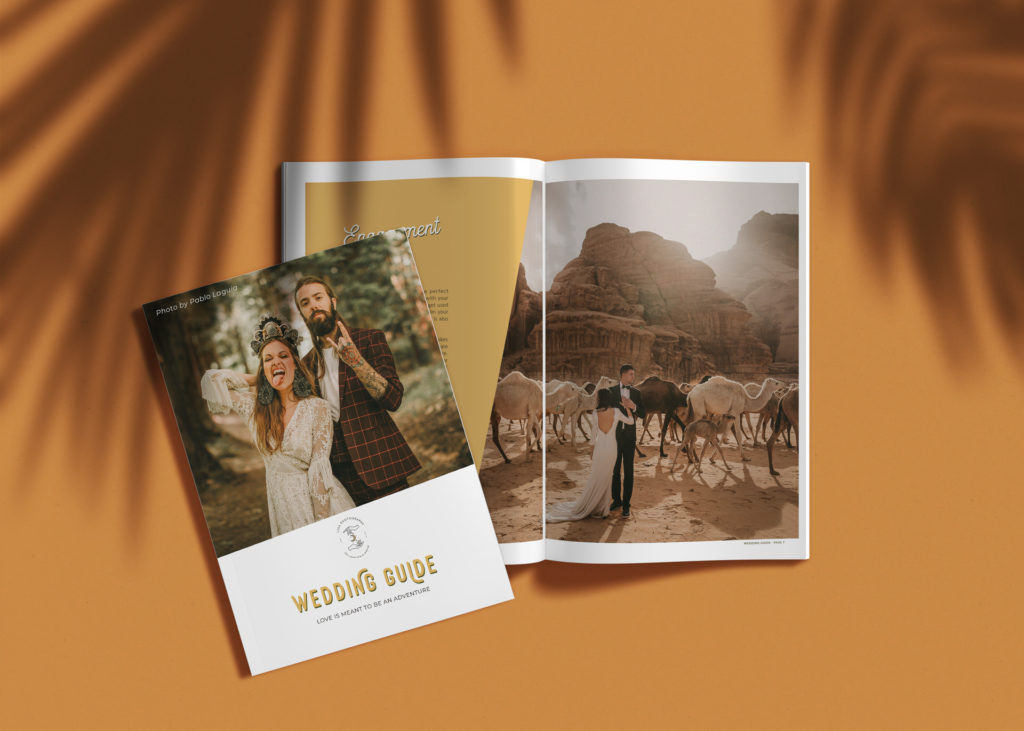 LNT Guest Post – “How to ‘Leave No Trace’ as a Photographer”

While we absolutely love getting the shot, it’s equally important to educate photographers on how to “leave no trace” while they’re on public lands. It’s easy to see influencers flock to the California poppy fields, sparking wanderlust and earning likes... With its vast rolling hills, poetically beautiful medieval architecture, and world-renowned cuisine, it’s no wonder that Tuscany has long been the number one destination for couples in search of an Italian wedding destination. But with so many astoundingly beautiful wedding...

6 Easy Ways to Blog as a Wedding Photographer